Holiday and vacation in Vietnam

Holiday and vacation in Vietnam

Your guide will be waiting for you at the airport after arriving in Ha noi. There is a 45-minute drive to Ha noi city center. For the rest of the day, there is free entertainment to explore the area. Dinner at your own expense.

After breakfast at the hotel, we will take the bus to the town of Hoa Binh, where we arrive at about 10:00. We move to the ship and after a four-hour cruise, we get to Mai Chau. The cruise is one of the largest dams in SE Asia. On the way, we make two stops at Moung and Dzao. Dine in the Muong family circle. The expected arrival at Mai Chau is around 16:00. For the rest of the day, there is free entertainment and in the evening there is the opportunity to watch folk dances. Night in Mai Chau.

After a hearty breakfast, take a walk in the village of Mai Chau and watch the Thai minority. Then we leave Mai Chau and head to Son La. On the way from Mai Chau we will have the opportunity to watch the villages in the picturesque landscape of the rolling mountains. On the way, we will also stop for a short hike near Xa Linh, where we will visit the Hmong and Muong Minorities. On a subsequent trip to Son La, we will see countless tea plantations. Upon arriving in Son La, we visit a local jail that was used during the French rule to imprison Vietnamese revolutionaries. Furthermore, we visit the local small folk art museum.

Leaving So La and stopping at the Thuan Chau Market, which is frequently visited by the inhabitants of the surrounding mountains. Next, we cross Pha Din ridge to continue to Dien Bien Phu, where the biggest freedom struggles for Vietnam against the French took place. Nowadays, the houses are renovated and used as a museum, where everything was done. One of the biggest attractions is the renovated bunker of the French commander Colonel de Castries. We spend the night in Dien Bien Phu, which is near the Laotian border.

Today we have a long bus ride through the beautiful wavy landscape to Lai Chau, formerly known as Tam Duong. This mountain area is inhabited by minorities, which can be seen in many markets where they sell their products every day. For the night we stay in Lai Chau and it is worth noting that the area is very easy to find because we are in an area where only a handful of travelers visit.

After breakfast, there will be a departure to Sapa. Sapa was discovered at the beginning of the last century by the French, who came here to hide from the heat in certain seasons. At an altitude of more than 1000m, the days are warm, but the nights are pleasantly cool. Local minorities like Hmong and Dao come to Sapa to trade. Impressive Mountain Fan Si Pan brings a touch of alpine town to Sapa. Immediately after arriving in the city, we go to a nearby valley to visit the village of Black Mong and the hydroelectric power plant built by the French. Night in Sapa.

After breakfast we set off for a long journey, crossing the Red River in Lao Cai. The river continues to Ho Thac Ba reservoir and we drive alongside it to Ha noi to our hotel.

Breakfast at the hotel and then transfer to the international airport for your flight back home.

Or customize your trip HERE.

Need help booking? Talk to us!

Accommodation in hotels, basing on Double or Twin with daily breakfast Transfer by air-conditioned car as itinerary Sightseeing as specified including entrance fee Local English-speaking guides All meals as indicated on the itinerary

Meals and drinks, except others as mentioned in the detailed program Visa, international flights with airport taxes Personal insurance and personal expenses Surcharge for public holidays (if any)
FaLang translation system by Faboba 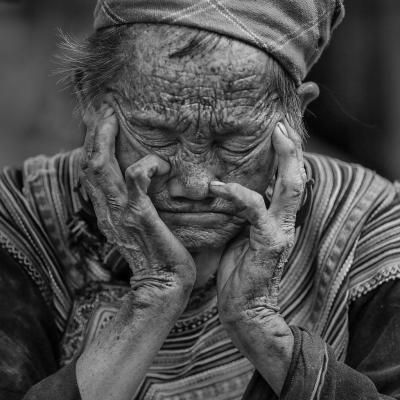